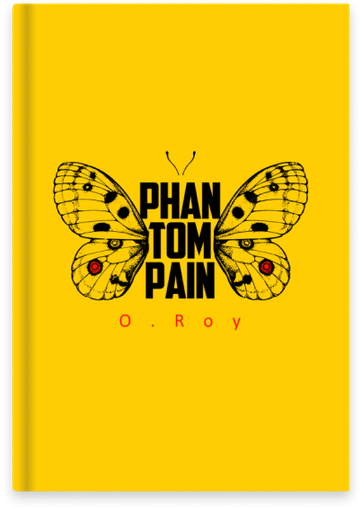 A person dies and ends up in the afterlife in front of someone. God? The devil? The deceased doesn't know. They hear only the Voice. The Voice offers a unique deal, a chance to return to the world of the living. But not to their own life. In fact, the deceased remembers nothing about the person they once were. Not a name, an age, or even whether they were a man or woman. To find out who they are, they will have to live in the bodies of different people who died with them, trying on their destinies and, in them, finding their own. If they succeed and can correct a mistake made in life, having no knowledge of what that mistake was, then their reward will be a happy life for many more years in whatever body they choose.

The person accepts the terms of the deal, and their soul travels through the bodies and fates of three different people, trying to figure out which life once belonged to them.

Who were they before they died? Everyone's favorite "golden boy," Michael? The wise and intelligent invalid, Andrei Alexandrovich, who courageously fights his affliction with the help of his devoted wife, Vera? Or the beautiful Nastya, who selflessly decided to raise her niece alone after the death of her sister, Angela? To the deceased's mind, all three of them have redeemable qualities. They all seem to be good people, worthy of long lives.

However, it later turns out that the deceased wasn't actually one of these three people at all. There was another individual common to each of their destinies: their killer. The Voice tells the deceased this, but they still have no memory of who they once were. They return to Earth to see the three people once again, but this time, through an unexpected lens.

At first glance, it seems as though these people come from very different worlds, joined only by the manner in which they died. They happen to all be in the same cafe, a coincidence it seems, when a madman enters and opens fire. The man was killed by police. But gradually it's revealed that this isn't the case at all. The fates of the characters fatally intersect, but they are not as innocent as they once seemed.

A cut-throat, domineering, and wealthy businessman, Andrei drove his first wife, a modest woman named Marina, to madness. He then married Vera, a selfish and cunning hypocrite who pretends to care for her husband only for his money. Michael turns out to be her son, and Nastya, who until recently had been a dissolute and reckless woman, turns out to be the youngest daughter of Andrei and Marina. Their eldest daughter, Angela, was kicked out of their home by Andrei after expressing interest in marrying a poor, unemployed actor named Alexey. Angela died from complications during childbirth, and Nastya took in her baby.

Broken by grief and having gotten drunk, Alexey heads to the cafe where he knows the three are supposed to meet. He dreams of killing them all but can only watch as the three die at the hands of a completely different person: Marina, Andrei's first wife, who had finally lost her mind.

After that, the deceased suddenly remembers everything. He was none other than Alexey. Now he has to start a new life. His little daughter and Angela are waiting for him, after all. 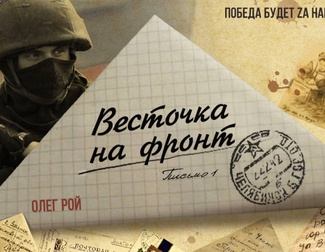 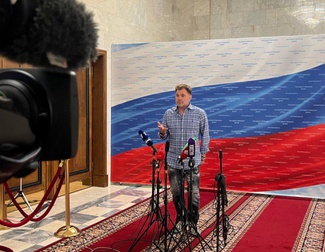