The Crazy family are a big, noisy, rambunctious family with something going on every minute. The series is based on the everyday tales that are familiar and funny for viewers of all ages and nationalities. The audience will surely recognize their own friends, neighbors, and maybe even themselves in the funny family.

The Crazy family lives in a small two-story house with a garage and an attic. The garage is the Grandfather's inviolable territory, and the attic was occupied by Dad and adapted as a cross between a workshop and a laboratory. Of course, this is where he conducts his experiments, and it is the place that Nick always secretly visits, although in general he is strictly forbidden to do so.

The house looks in full accordance with the character of the owners. Half of it has a dull green color, and half-bright blue (at one time they started to paint it but did not finish it). The fence has long been tilted, and in several places it is completely leaky, so the children use these places instead of a gate — in their opinion, it is faster and more convenient. In the front garden is a small bed of flowers (thanks to Grandma Lauren) that just somehow survive, despite Dad's experiments, Nick's chemistry, Sasha's noisy games, and Polly's pursuit of Jozzy.

There is a house in a small town, which is called Smalltown. It is a quiet and green place, similar in every way to all other similar places around the globe. There is everything that always happens in such towns: a school, a supermarket, a cinema, a hospital, a post office, a barber shop, a police station, and so on.

The family in the Town is not very popular, because Grandma Lauren has long tired others with her classical music and instructions on how to behave according to etiquette, and Grandpa Rocky — with his heavy metal and the rumble of the bike. In addition, they are both very active citizens and are ready to organize rallies and pickets on any occasion, one in defense, no matter what, and the other - also no matter what, but against.

The situation is no better with the middle generation. In the city, they are afraid of the experiments that Dad does, and Mom completely irritates everyone with her psychological attitudes, incomprehensible language of terms and accurate knowledge of how to live properly. Add to this three children, who do not have a single day without accidents, and restless pets — and it immediately becomes clear how many problems the residents of the city bring a cheerful family.

But, to the great happiness of fellow countrymen, the Crazy family, despite all the difference in characters, has one common hobby — a passion for travel. No wonder they have a scratch map hanging on the wall directly opposite the front door to the house, and after visiting another country, the family members solemnly erase a new mark from it. And even if it is not possible to go on trips as often as we would like, but every time when all the Crazy people, including the dog and the kitten, leave their home, all the residents of the Town together sigh with relief. 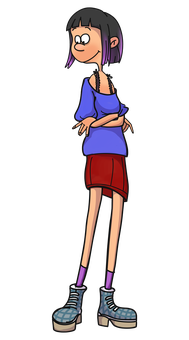 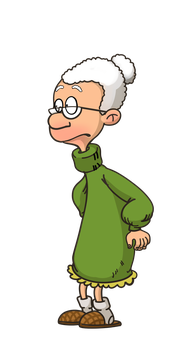