Guardians of the Mountains
Our Projects

Guardians of the Mountains

Once upon a time, long ago, when our galaxy did not yet exist, there was a beautiful planet. Its inhabitants knew no grief and worries, living in contentment and joy. Each of them had an appearance similar to human and animal, could easily change shape, fly and swim. And on the planet itself there was a combination of the strangest things - for example, heat and snow. It was the happiest planet, but one day a terrible race of shadows invaded this planet and blocked the sunlight from them, for the sun and joy are the most terrible things for shadows.

Just imagine that somewhere there is a whole resort, filled with magical adventures, where everything is controlled by super-heroes, where every day something extraordinary happens! These amazing heroes live just around the corner! They control snowfalls and fun holidays, slopes, elevators, sunny days, secret mountain treasures, friendship, magic and fun! They can solve any mystery, solve any problem, find the answer to any question - and they will become your best friends!

Their lockets are pieces of their home planet. They are separated because their connection gives so much energy that it can be noticed by shadows, it is very dangerous.

But only the union of all the guards and their medallions can give tremendous power and even open a portal to any place in the galaxy.

Now the guards live peacefully, trying not to interfere in the lives of ordinary people, but bringing them laughter and joy. However, the shadows that destroyed the happy planet have long sought the fugitives, dreaming of destroying the crystal of joy so that an eternal dreary night reigned everywhere. They will stop at nothing, but the guards will be ready to fight back as well, they have grown too fond of the earth to allow it to be destroyed as well. It is good that the battle is not yet soon, and in the meantime you can do the usual things - keep an eye on the tracks, have fun holidays and fun, give people laughter and happiness. 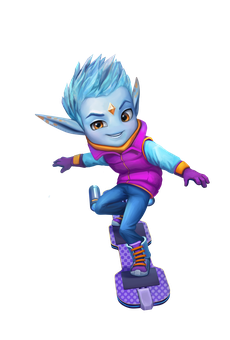 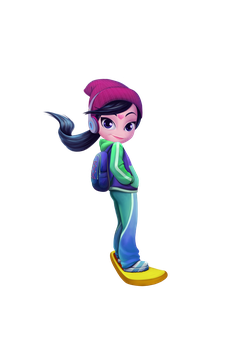